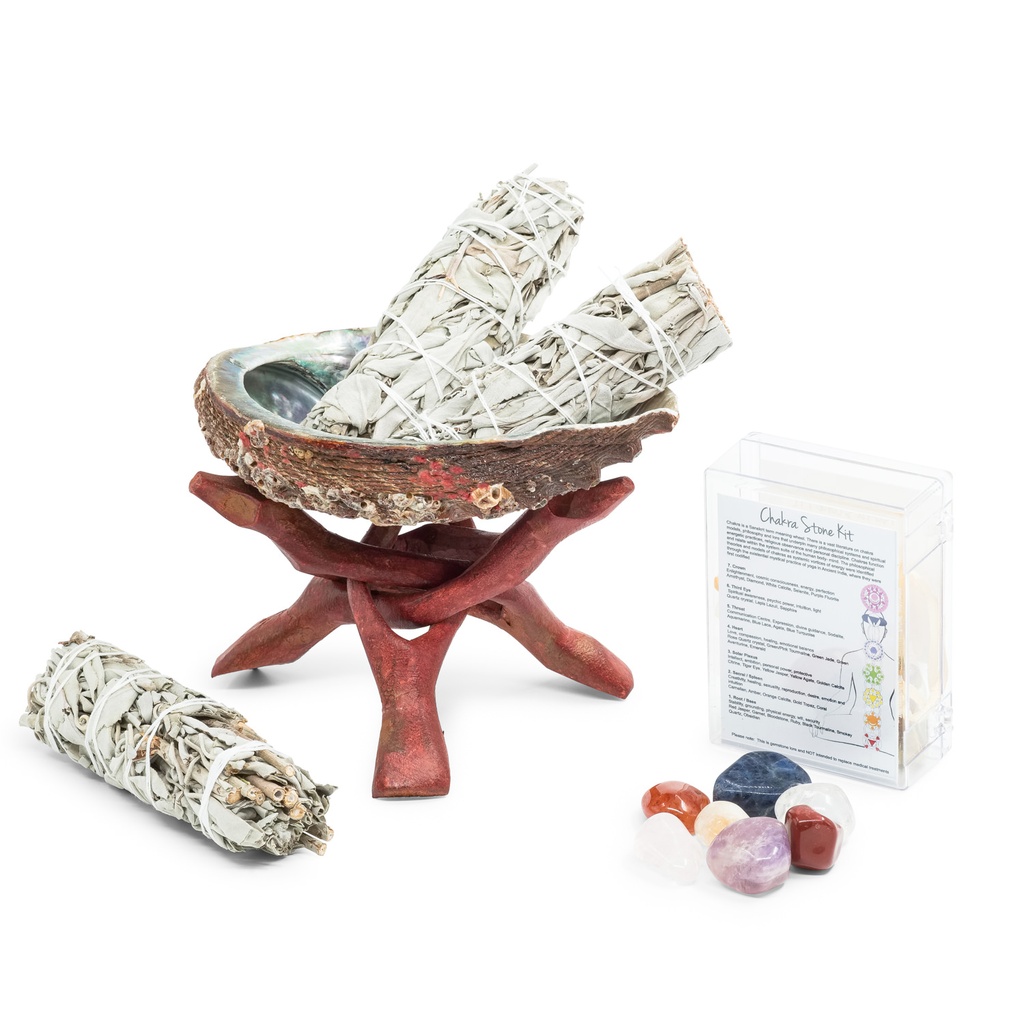 • Sizes may vary since products are 100% Natural

Smudging is said to energetically cleanse a space to invite positive energy as the smoke fills and purifies the environment. As you watch the smoke ascend, some believe your wishes and intentions will rise and mingle into the universe – connecting heaven, earth, and humanity into one. White Sage comes from the Latin word salvare, which means to heal. It has a distinctive crisp white color that has been used in smudging ceremonies to connect the healing powers of mother Earth.

White sage is an herb held sacred by Native Americans for hundreds of years. Used in rituals and ceremonies for centuries, white sage is often burned to create its intended effects. ... Smudging is a cleansing ceremony used to help people, places, or even objects get rid of negative energy or even bad spirits.

Chakra stones and crystals resonate with your body's vibrations to be in perfect alignment with the universal grid and can be placed on your body to purify and balance the chakras, releasing all the negativity to obtain emotional release. Changing negative energies into positive energies leads to good health.

**Please note: Our products are not intended to diagnose, treat, cure or prevent any specific medical condition or disease, nor are we making any medical claims whatsoever.

No Specifications
This is a preview of the recently viewed products by the user.
Once the user has seen at least one product this snippet will be visible.